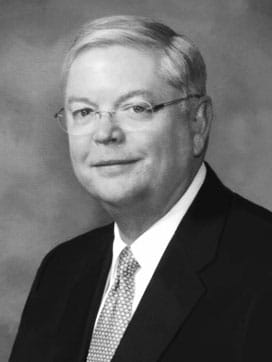 John formed Woodfield Partners, LLC, in 2017, which owns and operates a TeamLogic IT franchise in multiple North Carolina markets. He joined First Tennessee Bank, N.A. as executive vice president in 2004. In 2013, he was named president of the Mid-Atlantic Region and chairman of the region in 2016.

Prior to joining First Tennessee Bank, John enjoyed 20 years with Wachovia Corporation, most recently as the managing director of the building and forest products, metals and mining group within the corporate and investment bank.

John is the chairman of the board of the United Way of Forsyth County, a board member of The Reynolda House Museum of American Art, and part of the advisory board for Brenner Children’s Hospital.